Idle Drops Then Returns While Driving Only When At Operating Temperature

So a while back I fitted a Pacesetter Cat-Back exhaust to my car, about a month later the RPMs would drop to idle then come back up (while driving at operating temperature) then a week later it progressed to the RPMs sticking at 3000 once that RPM was reached and refusing to accelerate further. Then about a week later, the engine gave up the ghost, the rear center piston looked as if it exploded, the head was ruined too (valve was pushed in and holes in surface of head). I went and got two new heads, and all new pistons and wrist pins, and rebuilt the motor. I retained the old belt drive components, the old timing components, oil pump, rods and bearings, crank and bearings, cam and bearings, injectors, intake components, and exhaust piping. New parts were pistons and wrist pins, used heads, valve stem seals, head gaskets, intake manifold gaskets (upper and lower), fuel injector seals, exhaust manifold seals, spark plugs, 7x crankshaft sensor, thermostat and gasket, throttle body gasket, and oil pan gasket (maybe forgetting some things).

About two weeks ago now, the car began dropping RPMs to idle and then back. But only when in motion and at operating temperature. I haven't driven it since it began again, for fear of blowing up the motor again. My suspicion is a bad lifter, I know these have hydraulic lifter and when the engine gets warm and the oil thinner, I think maybe a valve is closing or staying open because the lifter is collapsing or sticking open. Just a suspicion though. Either that or the timing chain as the chain and the lifters were the only two things not really changed. The motor sounds completely normal no ticking or scraping. Before it blew I heard piston slap and lifter tick, the slap is gone now, but the tick is only present when at operating temperature. Only code stored is for the 24x Crankshaft Position Sensor and that has been there since I've owned the car. Any help would be greatly appreciated as I've spent so much money on this thing as of now and to just have it sitting here is quite depressing.

What are you using as an OBD-II scanner?
What are the trim levels?
How are the miss counters?

If your scanner can do graphs, post a picture of the O2 sensor graph.
Something like the following pictures would be nice:

The following pictures are from Torque Pro on an Android tablet.
https://play.google.com/store/apps/details?id=org.prowl.torque&hl=en_US 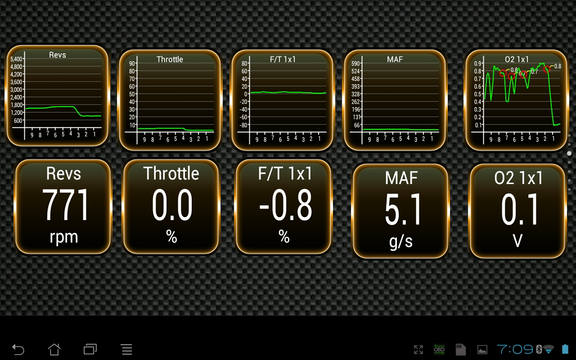 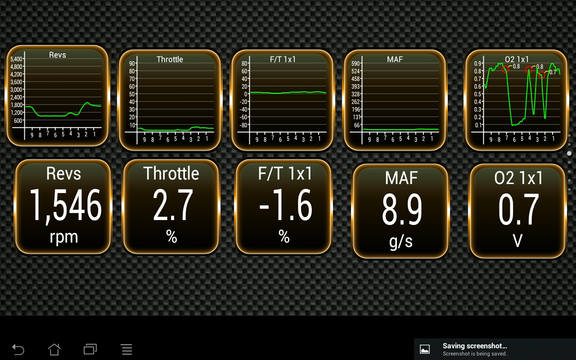 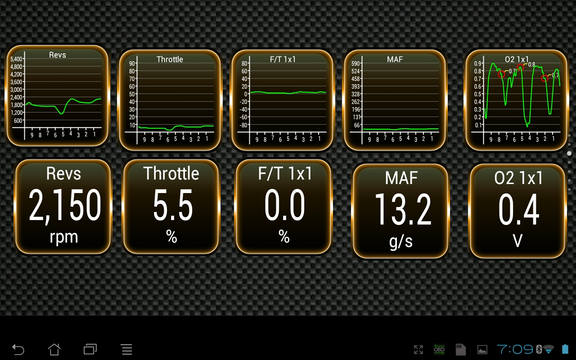 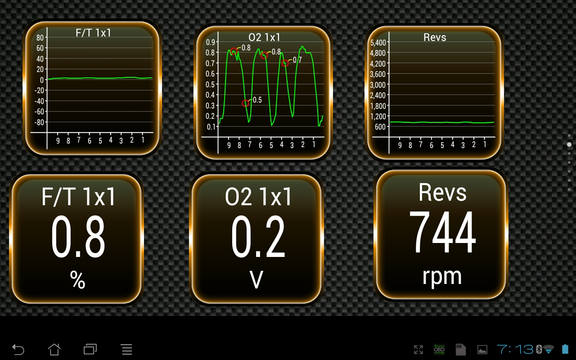 Btw, I also have a TECH-II GM scanner (likely a China clone). You can get them for ~$400 now.
That allows you to do things like shut off a fuel injector as a test. Also, it gives good miss counters (that may not be 100% correct always).

I'm using a cheap Chinese ELM scanner. I'll check to see what those data points are. I should check while its at temperature right?

Alerodriver17 said:
I'm using a cheap Chinese ELM scanner. I'll check to see what those data points are. I should check while its at temperature right?

Correct. You want to see the system in closed loop.
With GM W &N bodies, and many cars, you have to be careful.

The car will go into closed loop after it reaches temperature.
But, if the car is left to "just idle", the car/computer/pcm will "often" go into open loop. That's to prevent the catalytic convertors from over heating (from the design of them at that time).

If I recall correctly, that will happen if the throttle isn't touched/moved after ~4-5mins.

I hollowed out the catalytic converter and the problem seems to have gone away. Will go about buying a Milzy Motorsports ECU with the O2 sensor code removed.
C

I'm glad that you found the fix!

Sounds like the cat might have gotten clogged from before.
I'm surprised that you didn't get an error from the secondary O2 sensor.
Regardless, at least you found the problem.

Well, this is my new problem. Went out to run an errand in what I thought was my now working, nice sounding (but not smelling) Alero. The car got all the way up to what I recognized as normal operating temperature. And every single time the engine tried to come to an idle, the RPMs bounced and then the car would die. I had to be quick to throw the trans in neutral, start it up then back in drive before it died again. I took a video but its very fast because I was at a stop sign with people waiting behind me (how embarrassing). I mean every single time that I came to a stop, the RPMs bounced then the car died. I even tried putting it in neutral and coasting to a stop but it still done the exact same thing. This is without the AC on so as to have little load on the engine. This morning I pulled the throttle body and cleaned both it and the IAC valve. They were both pretty dirty, but they cleaned up pretty well. Is it normal for the IAC to only move a very little amount? But anyways cleaning the IAC seemed to make very little difference.